Hello Changeologists,
Welcome to this occasional post about some of the things that excite me.

Lots of things are supposed to be amazing, incredible or awesome and one can’t be blamed for being cynical about another claim. But I swear this one is a cracker.
Every time we’re designing a project (or anything) we always have a model in our heads, and it’s usually pretty predictable. It’s that conventional model that’s the enemy of good change projects. Not that there’s anything wrong with conventional ideas per se…most of what we do will always be mainly an assembly of proven ideas. But it’s the cherries in the cake of conventional ideas that make projects really excite, stand out and make a difference.
So here’s the trick:

Just imagine that everything you THINK you’re going to do in your project suddenly has become impossible or illegal. What could you do instead?

I’ve brainstormed this with all sorts of groups, from Landcare volunteers, to professional project managers, to an entire conference of Victorian local government corporate planners. It is, hands down, the best generator of original ideas I’ve ever seen. It also generates a lot of laughter and joy, and sometimes a palpable sense of relief when people realise they don’t have to do something that bores them.
P.S. To supercharge this, do it wearing party hats!

Could Idol be a better model for doing community grants? 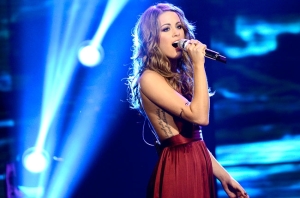 I ran a little workshop for the Healthy Together team at Wodonga City Council last year that “crash innovated” an original model of doing community grants. Then, the Wodonga team, led by the redoubtable Tracey Farrant, went ahead, developed it, and made it happen, bless them!
It’s just like an “Idol” talent quest. There’s no long application form. Instead applicants just sketch the bare bones of an idea. Then they come together in a one-day workshop about innovation (to rev up their ideas) project design (to flesh out their plans) and pitch-making (to sell their projects). There’s a bit of speed dating to, to encourage similar projects to work together.
Then, with a mentor, they have three weeks to shape up their projects into a winning pitch.
The pitch session follows where teams have 5 minutes pitch their projects, and 5 minutes to answer questions from an audience consisting of all the other applicants, plus invited guests. Then the audience votes and projects with the most votes win!
I’m pleased to say the idea is spreading: two other Victoria councils have just taken it up.
It tackles the major flaw in conventional community grant schemes, which is that both applicants and funders end up being stuck with whatever’s written in the original application form (usually thought up at five minutes to midnight on the night before the application was due) with little chance to innovate, re-think, deepen, and sharpen their ideas.

Here are some nice inspirations I’ve come across in the last few weeks:

How to stop waste and increase access to healthy food at the same time. This French supermarket chain decided to sell malformed fruit and veges, in their own aisle, with their own brand, and 30% cheaper. They faced only one problem – being sold out.
http://www.thisismarvelous.com/i/198-Watch-How-This-Supermarket-Got-People-To-Buy-Their-Trash

A handbook for heroes

The Republic of Everything is a Sydney-based advertising agency that wants to help the corporate world green up. They have this crazy idea that doing good might be good for business. They’ve made a very useful publication that has something for non-profit communicators too. It’s about how to become the kind of organisation that appeals to people’s better angels. Because your audiences want to be heroes too.
http://www.onethingivelearned.com/books/heros-handbook/

How to communicate biodiversity

UK charity, the Bristol Natural History Consortium, is doing some very smart work around communicating biodiversity, which they’ve brought together in an insightful online guide:
http://www.engageinbiodiversity.org/index.html
A summary of their five principles for biodiversity communicators:

Landcare gets into crowd-funding

I love seeing Landcare innovate. Here’s a lovely collaboration with crowd-funding platform Pozible, to raise funds for 25 Landcare projects around Australia. Projects can be submitted until October.
http://www.pozible.com/landcare?utm_source=newsletter&utm_medium=online&utm_campaign=landcare

Term of the month: “Organised irresponsibility”

Coined by the German sociologist Ulrich Beck, for state-based programs that promise to reduce the community’s exposure to risk, but are doomed to fail because of political complicity, lack of will, or lack of an idea that would have worked in the first place.
From his book “Risk Society”, whose thesis is that, in a world where technological risks are increasingly global (think Fukushima, Climate Change, GM foods, Global Financial Crisis and so on) the complicity or failure of state institutions forces individuals to become private managers of their own risks, as well as driving them to join hands in global civil society efforts that try to mitigate collective risks, al la Greenpeace, Avaaz, and KickStarter!

This is an expert 2-day class in project design for those engaging a community or group on complex social, environmental or health challenges. It shares the tools and systematic approach project managers need to proceed with confidence. And they’ll walk away with an innovative real life project design, down to tactics and messages people can’t say “no” to!
Full details and booking.
Sydney: 9-10 September
Melbourne: 16-17 September

One thought on “Signs and wonders #6: An amazing innovation trick, Idol for community grants, inglorious fruit, hero’s handbook, and other inspirations”